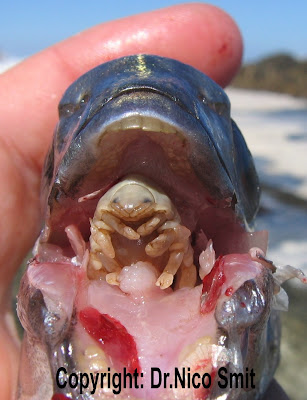 Real Life Zombie Fish. A spotted Rose Snapper taken over by a Cymothoa exigua which ate the fish’s tongue and then took its place in the fish’s mouth. Once it has sucked out all the blodd of the fish’s tongue it then changes the diet of the fish to mucas and carries on its life within the fish. picture courtesy of Dr. Nico Smit and beestingbrose.blogspot.com

Real Life Zombies you say, those aren’t real, or are they? Today deep in the science and technology Top Secret lab of the Mansion we reveal to you that real life zombies are real and numerous scientist’s are proving that zombies do exist and they are real life. No before you say no way this is fake and not real just stop and think for a minute about what really the term zombie or real life zombie means. Originally it’s name came from Western Africa in means of a snake-deity however today people hear zombie and think of a corpse with no soul brought back to life or revived by witch craft. So of the later we all here at the mansion might agree with some of you that this is only in Hollywood movies and that real life zombies do not exist. However below we are about to show you some amazing discoveries that have been around for quite some time which is most likely where the ideas for all these zombies movies come from meaning that it is most likely possible since most movies are based on some type of truth and is an outlet for certain top secret information to be brought to the public’s eyes and ears. Movies are an away for them to gradually release the information to the masses to see how we would react to such shocking information. So with that being said I would like to show you below some real life zombie evidence occurring today in our environment which means if you begin to think about evolution and where or what this might lead to. Could it mean that eventually one day there may be bigger more sophisticated zombie’s that may take on human life form? Doesn’t the bible speak of giant bugs and insects of beasts 10 times our size during the end times? What’s you thought on this subject and before you make a quick irrational decision on if real life zombies are real and alive and possible take a peak below at the zombie crabs, zombie birds, zombie cricket just to name a few. Be sure to let us know in the comments below as to what you think of all this and where you think it might go in the future. Just imagine the possibilities, it’s endless. So you better be sure to be prepared and have your zombie fighting skills up to par and if you need any zombie fighting supplies be sure to check out one of our past post’s on zombie knives, crossbows and axes.

Real Life Zombie Cricket video from Youtube – Cricket is infected from a hairworm that takes over the nervous system of the cricket and becomes a host vehicle for the worm whcih causes the cricket to commit suicide so the worm can swim and look for a male mate.

Get Your Zombie Fighting Gear Now

Check out this interesting write up from damninteresting.com in regards to body snatching barnacles and zombie crabs. All we can say here at the mansion is WOW and get prepared be getting your mind right with the lord. Oh heavenly father, Lord Jesus Christ, thank you so much for your love, mercy and grace. we ask that you please protect us and be our saviour and bring thy to thy kingdom. its in yoru wonderful beatiful name Lord Jesus Christ that we pray. AMEN. 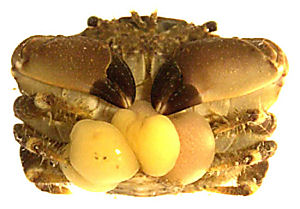